Information circulating about the appointment of a new coach has now been officially confirmed. Ferhat Akbaş has been appointed the new head coach of Eczacıbaşı VitrA. The news was published on the club's official website. 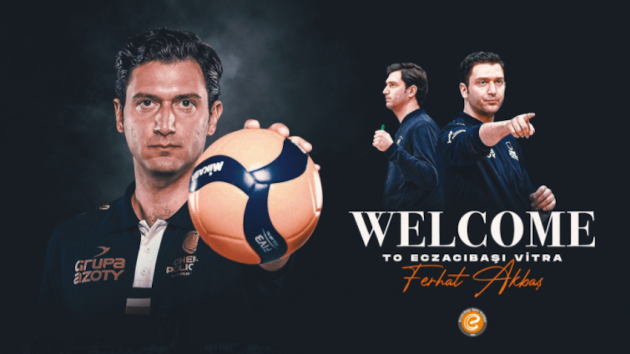 “Eczacıbaşı Sports Club is the largest volleyball club in Turkey that has left its mark on Turkish volleyball and is seen as a world role model. I am very glad that after many years abroad I have returned to my country under the roof of this sport club. We will work together to turn the history of this trophy club into an even brighter future with the help of dynamic structuring and an energetic approach. We will try to bring new championship titles and trophies to the museum of the Eczacıbaşı Sports Club. “says Ferhat Akbaş, the new head coach of Eczacıbaşı VitrA.

Ferhat Akbaş is one of the most talented coaches of the younger generation, who is predicted to have a great future and who already has top results. He has collaborated and learned from excellent world coaches such as Lang Ping, Giovanni Guidetti and Massimo Barbolini. Akbaş also led the Turkish national team and was the assistant coach of the Japanese national team.