CL W: Everyone excited about Turkish derby in Baku

Tomorrow is the “Day”, day which the whole of Europe have waited. At the 16:00 by the local time in Baku, the first match of the Final Four of the CEV 2014 DenizBank Champions League will start. 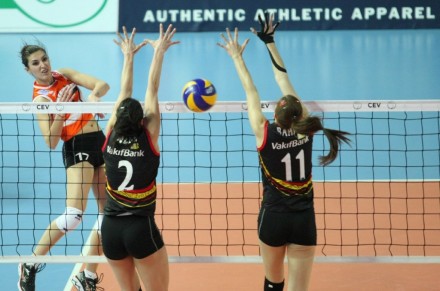 The opponents are the two Turkish teams, Vakifbank, current European champion and Eczacibasi VitrA. That will be the real derby…

“Of course we’re excited. This will be the most difficult the Final Four tournament. The four best teams are in Baku so we will see what will happen. This weekend will be a nice because of the good volleyball, I think. We know who are ours opponents so we worked hard and we believe that we will find our way to celebrate. The important thing is that we don`t have a pressure to become the champions.”

On the other side Helena Havelkova the attacker of Eczacibasi Vitra added:

“Vakifbak is the good team and after 73 straight wins they suffered defeat against Fenerbahce. In that match they showed us that they are not unbeatable. We prepared very well for this Final Four and if we win the first match we will have a 50 percent chance to be the champions. Because all teams are strong and Vakifbank is the strongest one. ”

WoV Tips: What is WoVVideo?