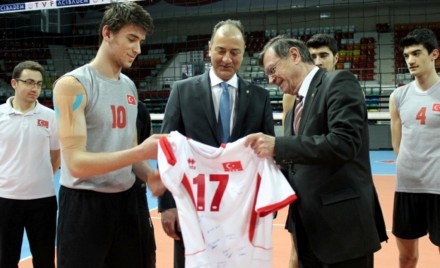 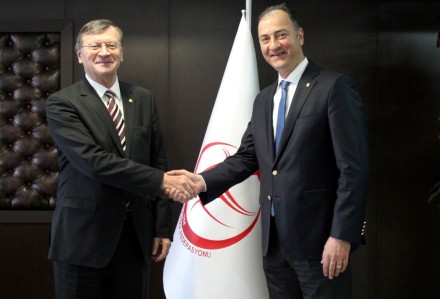 Aleksandar Boričić started his visit by watching the training of the Turkish Junior Men’s national team at the Baskent Volleyball Hall.  He wished good luck to the players who are getting prepared for the upcoming 2014 CEV U20 Volleyball European Championship – Men’s 2nd Round of qualification.  The captain of the team, Mert Nevzat Günes, thanked the CEV Senior Vice-President and presented to him a national team jersey as a souvenir from his visit.

Before wrapping up his visit and leaving the building the CEV Senior Vice-President stated that he was impressed by the work of the Turkish Volleyball Federation and expressed his gratitude to his host, President Ozkan Mutlugil.

At the Baskent Volleyball Hall, the Halkbank ANKARA volleyball club, together with the Turkish Volleyball Federation, is hosting the Final Four tournament of the 2014 CEV DenizBank Volleyball Champions League – Men this coming weekend.