EXCLUSIVE: Daniel Castellani – “I will not coach juniors in Fener” 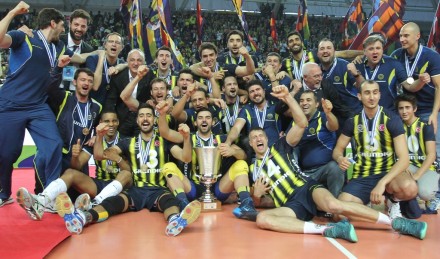 It is a middle of May, and so far nobody has signed a contract. Players like Marshall, Miljković and Eksi still do not know where they will continue their careers. They are all waiting for a proper answer from the club – Does Fenerbahce want them back or not?

Recall that last season was quite successful for Fenerbahce, mostly at European level where they reached a historic success by winning the CEV Challenge Cup. Also, they played in the finals of both domestic competitions, Cup and Championship, and finished regular season as first placed which gave them right to compete in the Champions League in the following season.

Could Fener have done more against Halkbank, who had a team made of world’s volleyball stars and several times bigger budget, we leave to your judgement.

The first rumor about departures was connected with head coach. We wrote yesterday about possibility that Daniel Castellani would leave Istanbul and take over HalkBank… Immediatelly after that, we called Argentine expert and tried to find a proper answer… 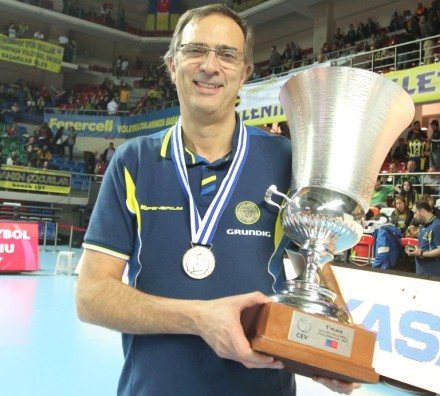 “The priority at the moment is not information if I will move to another club or not. The main question is what will happen with the team. Really, I do not know if I’ll still be coach, although officially I have a contract for another year. It’s mid-May and I still do not know what the team will look like in the next year. Club will probably halve the budget, which would mean that the club stay without Miljković, Marshall, Felipe and Eksi. For me it does not make any sense to stay at the club if I will play only with juniors. What we can do in the Champions League? I am a coach who wants success and could not be satisfied with anything less, ” said Castellani for WorldofVolley from the holiday in Argentina.

We also contacted Ivan Miljković for a short comment…

“I had no official contact with people from the club, so I still do not know. I have experience from the past so I will not be unprepared“

This is a really strange decision of the club especially if you look at the women’s team, which has already signed and renewed several strong contracts. For example with coach Abbondanza, Korean star Kim, Bauer, Lucia Bosetti… It seems that the women’s team is really ready for a fierce attack on the European Champions League next year, although the competition is strong with teams such as Vakifbank, Dinamo Kazan, Dinamo Moscow, teams from Azerbaijan…

Even if Fener chooses to continue investing in men’s volleyball, the question is whether it will be able to sign contracts with strong players necessary to compete with other teams in the Champions League? Especially if we know that most of such players are under contracts?

Will Fener so easiliy renounce its own players? And how to find a worthy replacements in June, if there would be changes? And who will coach that team?

What is happening? No more money in Fenerbahce? Or there is something else?

Bravo castellani! You deserve better team to coach! Come back to Poland!

Budget 50% down??? How can we win championship next year with this budget? Her zaman Fener!!!!