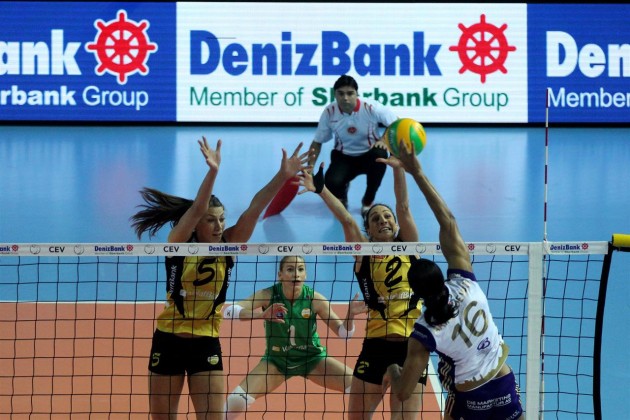 After eliminating reigning European champions, Eczacıbaşı VitrA İstanbul, in Playoffs 12, ’Vakif’ were favorites against Volero, but Swiss team was not piece of cake. Not at all!

VakıfBank easily took Set 1, but Set 2 was a huge fight in which Volero missed chance to equal in sets.

Nevertheless, Swiss representatives woke up and leveled despite trailing 16-10 in Set 4. Tie-break was mostly a point for point play in which the hosts were better around and achieved a hard-fought win after more than two hours of a battle – 135 minutes!

Lonneke Slöetjes topped Vakif’s scorers with 26 points, but heroes from a shadow of Giovanni Guidetti’s side were Serbian Milena Rašić (22 points, 6 blocks, 4 aces and 67% of excellent attack!) and libero Hatice Gizem Örge with 55% of positive reception.

In Volero, Azerbaijani Nataliya Mammadova had 22 points while Bulgarian Dobriana Rabadzhieva did an amazing job in defense (60% of positive reception).