Halkbank took over leadership in the standings of the final stage in the Turkish Championship. 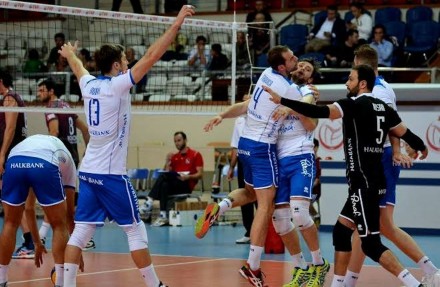 Bulgarian Tsvetan Sokolov was the most efficient player in Halkbank with 20 points. Halkbank coach Lorenzo Bernardi returned French Kévin Le Roux to the squad, but did not use him in the match.

Arkas Spor stayed alive in title race by beating Fenerbahçe in straight sets, partially 25-22, 26-24, 25-17. Thus, ‘Fener’ lost all chances to fight for title, two rounds before the end of the final stage.

GER M: Grozer wants to go to China, Belogorie give the final say

POL M: Boom-boom Zaksa! Resovia on their knees for the second time in finals (VIDEO)