TUR M: It’s too quiet in HalkBank, way too quiet…

The Turkish champions haven't made any official transfer yet, while many players have already left the club... 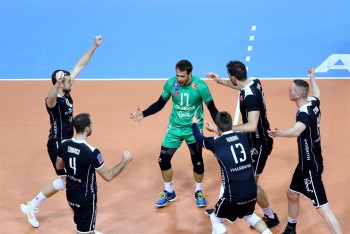 HalkBank have been the main power in Turkish volleyball in the past couple of years, however, afer winning the 2015/16 national championship, the club has become way too silent. You cannot even hear some rumors suggesting big volleyball arivals to Ankara. And, looking at the number of players who have already left the club, Halkbank simply need to be much more active on the transfer market.

Let’s start from what we know. Dragan Travica parted ways with Halkbank and decided to continue his career in Iran. Tsvetan Sokolov agreed terms with Lube, so he will play in Italy in the next season, so as Kevin Le Roux who accepted the offer from Modena. Ulas Kiyak moved to the local rival ZiraatBank, while finally Michal Kubiak decided to end his Turkish journey and he will probably go to Japan.

At the end, the club also parted ways with head coach Lorenzo Bernardi.

Speaking about the Halkbank’s roster for 2016/17, Dick Kooy will probably remain in the club, while there are some talks that ex-Resovia player Olieg Achrem might arrive in Ankara. And that’s it! That is all we know about the HalkBank’s team for the next season so far.

The reigning champions of Turkey will need much more than that if they want to defend the throne in their home country in the follwing season.

They are out of the money! They just need one good receiver and opposite. For opposite I am not sure there are good in the market now. Maybe also Emre or Subasi can share that position