Third round of the Turkish Men’s Volleyball Championship has brought some very interesting results! 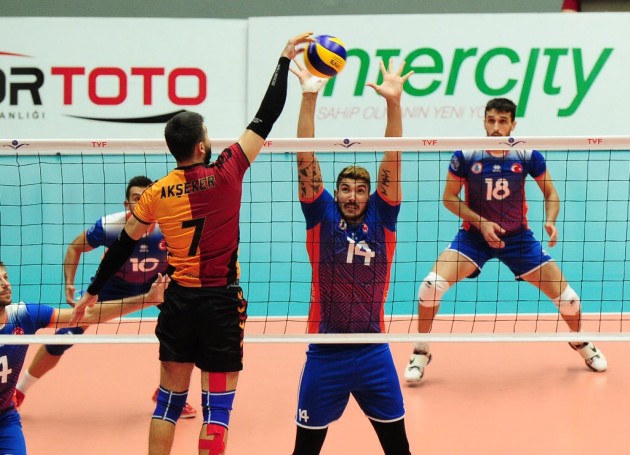 Highly reinforced İstanbul BBSK, who is also one of major favorites for the title, suffered their second defeat in the season. After Fenerbahçe, another city rivals showed stronger – Galatasaray. Galatasaray managed to annul play of many world volleyball stars from İstanbul’s roster and prevailed in tie-break, nearly dropping 2-0 lead in sets and. The Pole Zbigniew Bartman highlighted the winning team with 32 points. Frenchman Antonin Rouzier had 19 in İstanbul.

Title holders Halkbank had another hard fought game and reached their second win. The player that came latest from all the signings, Moroccan Mohammed Al Hachdadi, was the best scorer in Halkbank – 21 points. In Halkbank’s rivals Urfa, Engin Özbek noted 13 points.

Ziraat Bank and Fenerbahçe played super-interesting game that had to be resolved only after five sets. The team from Istanbul was close to sweep opponents as they had 2-0 in sets. Metin Toy was unstoppable with 27 points in ‘Fener’. Baturalp Burak Güngör had 26 in Ziraat.

Afyon Yüntaş and Arkas Spor completed this round with victories worth three points.

Stav Jacobi for WoV (PART 1): “Terzic told me – We can be like Atletico Madrid”