Turkey’s Vakifbank ISTANBUL seems to be on a class of its own as the side mentored by Italian-born head coach Giovanni Guidetti prolonged its winning streak in Pool A by routing last year’s silver medalists RC CANNES in straight sets (25-17, 25-14, and 25-21) to keep an immaculate record after three rounds of action. Read latest volleyball news on Worldofvolley.com. 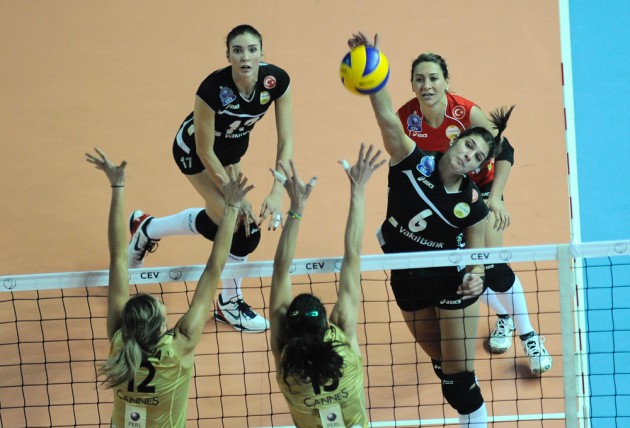 With Bahar Toksoy standing behind the serving line, Vakifbank opened the match with a splendid 8:4 break and gradually accelerated its tempo (16:10) as the players of RC CANNES could not find a way through the Turkish block. After claiming the opening set with the score of 25-17, Vakifbank kept momentum also in the early phases of the second set (8:5) as CANNES was evidently having problems in reception. After moving up 19:12, Vakifbank easily cruised to the final 25-14 before set 3 was initially close up to 10 all. Vakifbank claimed a margin of three (13:10) and did not slow down up to the end wrapping it up in straight sets (25-21).

Team captain Gözde Kirdar Sonsirma top scored with 14 points and said: “All players did a great job today. We made a step forward along the way to achieve our goal to finish first in the group and many thanks are addressed to our supporters”.

“We did a good job tonight and remained concentrated for the complete match. Our performance was almost perfect in block and side-out” added coach Guidetti.

CL M: Jacek Nawrocki: we can not lose at home

TUR M: Many problems for Fener, but...