Second-ranked Long Beach State saw its season-long eight-match win streak snapped with a 25-21, 25-21, 27-25 loss at No. 4 Pepperdine on Thursday evening at Firestone Fieldhouse. LBSU, which had hit at least .300 in each of its previous five outings, had an uncharacteristic night offensively as it was held to a season-low .184 attack percentage. 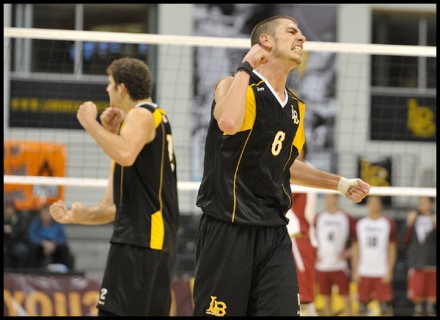 Senior Taylor Crabb recorded a team-high 11 kills to go along with six digs, but was limited to a .182 hitting percentage. It was the first time all season a team was able to keep him under .200 and it was just the third time in 20 matches that he has hit below .300.