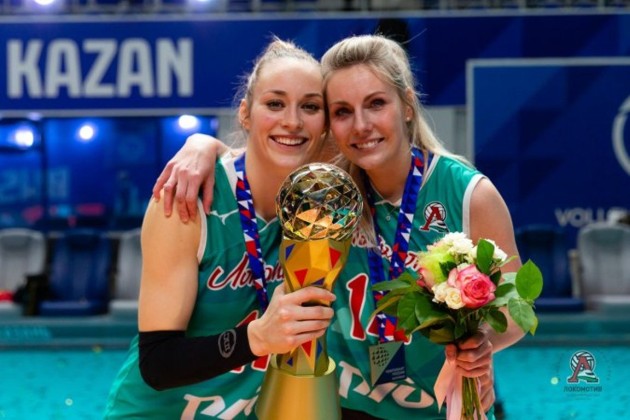 The contribution of a foreign duo to a historical Superliga success, which the Kaliningrad club achieved after only 3 years of existence, was immense. German opposite hitter Lippmann came to Lokomotiv in January after she finished the season in China, while the Dutch setter Dijkema was in the club based along the Baltic Coast from the start of a season in Russia.

“Injuries of Volkov and Mikhaylov were turning...