Although he established himself a big coaching name already in the first year of working as a coach - when he won the FIVB World Championship with the Poland Men’s Volleyball National Team - six years later, Stéphane Antiga is practically at the new beginning. 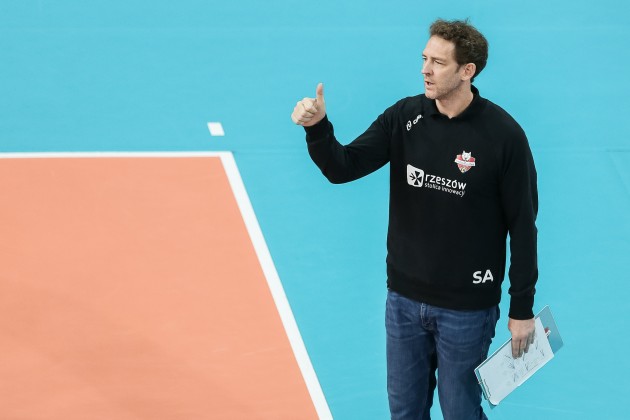 It doesn’t happen so often that a coach who achieved major successes in men’s volleyball switches to working in women’s volleyball. And vice versa. In the case of the Frenchman Stéphane Antiga, it doesn’t seem like a bad decision for now. The fact is that a 44-year-old expert didn’t lift any trophies with Developres SkyRes Rzeszów since taking over the team in 2019 and that winning the gold medal at the 2014 FIVB World Championship with Poland Men still stands as the most memorable moment of his coaching career. But, Antiga is on a path of success.

Last season, the coronavirus pandemic prevented his team from competing in the playoffs of TAURON Liga, which they could have finished as the champions, given they closed the regular season as the second seed. This season, Developres is dominant in Poland after playing half of the matches in the regular season. On all these topics, we got the opinion of the person we’re talking about – Antiga.

First of all, how do you feel after overcoming coronavirus and did you have some serious health problems when you were infected?

“No, it was pretty light. Not too many guys caught the virus, it was OK. The most difficult for me was to stay home for two weeks.”

Many were surprised when you decided to replace the work in men’s volleyball with working in women’s volleyball last year. What motives have driven you to such a huge career change?

“Yes, it was a huge change. What motivated me the most was the new experience. It isn’t something that I previously planned. I was negotiating with different clubs, I was considering proposals. I was thinking ‘Why not’. I spoke with a few coaches who had this experience such as Velasco, Falasca, and it was interesting to speak to them. After that, I decided to try it. Here in Rzeszów, we have good conditions in the club, in the city, in the hall, and we have great fans.”

Have you ever regretted making this transition?

“Not at all. I feel good. It was more difficult in the beginning. I was watching games, preparing tactics, considering how to implement my methods. It required including different aspects: tactical, social, physical. I was also speaking with some coaches. Obviously, I’m still learning women’s volleyball but I’m happy to keep learning it. I can say that now I’m both men’s and women’s coach, which is… well, pretty good.”

Given that now you have the insight from first hand, can you say what are the main differences but also similarities between men’s and women’s volleyball from a coaching point of view?

“I must say that in Developres we’re playing a style of volleyball that kind of resembles men’s volleyball. By that I mean the way we’re blocking, positioning in defense, some different kind of spikes… I wanted to try to bring in some elements from men’s volleyball and girls accepted it. There aren’t so many differences and without the intention to make this sound offensive, actions in women’s volleyball are different, rallies are longer. Speaking of transition, the most important was managing the group of girls in a way to be more sensitive to them. Fitness preparation is also different. After all, it’s volleyball, you have to find the key to success, game after game, and make improvements in your team. So, it’s pretty the same as in men’s volleyball, you just need to change a few methods and the way of managing players.”

“Right now I’m not making any plans. For a volleyball coach, it isn’t easy to make long term plans. Now it’s too early for that. We have a very good and pretty young club. It’s in the top division for only eight years. It’s ambitious, delivering great working conditions. As I said, I consider myself both men’s and women’s volleyball coach so I’m still watching men’s volleyball. It isn’t a closed chapter. I like watching volleyball in Italy, I like the way some players evolved, I follow some coaches and how they make their teams better. In regard to this, in the physical aspect, my team has very strong players but, of course, it’s hard to compare with male players.” 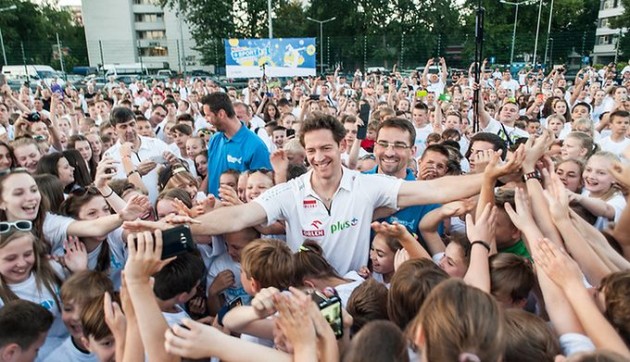 You experienced working with national teams and achieved huge results. Would you like to taste more of that in the near future or club volleyball is what you will be focused on from now on?

“I won’t close any doors. I worked with Poland for three years and with Canada for two years. Yes, it’s really different with the national teams, you have a special bond with players, staff, entire team. It’s difficult for the family, too. I didn’t want to continue with Canada for personal reasons but I really enjoyed the culture there. In Canada, volleyball isn’t so popular but comparing to Poland, it was interesting to see two different mentalities.”

Under your command, Developres had an amazing campaign in the Polish league last season. The same is this season. Do you think that your team could have won the title if there wasn’t the cancellation of the season?

“It was possible. Police was the best team by one point, which was enough to win the championship. We beat them once and lost once but they deserved the title. I maybe regret it because we could have had a chance in the playoff. It was a pity because I would like to see my team growing and being able to compete in the playoff.”

How do you assess the campaign of Developres this season and how far can your team go?

“It’s a pretty different team, we changed half of the players. It’s a new challenge with much younger players. They are an amazing group of people, including the entire club, team staff, management, players, with huge potential. We’re constantly improving but it’s still the beginning of the season. I’m mostly afraid of quarantine and Covid because it’s difficult to take breaks and comebacks. This is something we’re dealing and so to speak, it’s a new parameter to take into consideration. We have strong opponents, which are on a higher level than last season. At the moment, we are leaders but we know that our opponents can improve and we’ll have to keep working. We aren’t the favorite but one of the candidates for the title. We have to keep improving.”

How difficult is it to play in front of empty stands and what aspect of playing in front of the fans you miss the most?

“It’s hard for us because last year, it was amazing. Rzeszów is an important volleyball city, Last season we have had several games with over 4,000 fans that helped us winning and playing nicely. We were getting more and more fans and full stands would be real doping for us. It’s a pity for volleyball, for us. When you have 4,000 fans behind you, who are loud, it helps. It’s a pity but we’re dealing with that and we hope sometime soon fans will come back, if not with full capacity but at least in some number. We like to share emotions, it’s important to us.”

Developres will soon start competing in the new battlefield – Champions League. What’s your opinion of the ’bubble’ format that CEV introduced for the pool stage?

Where do Developres stand by quality compared to other teams in Pool A and how do you assess the chances of your team in the Champions League?

“I recently started to analyze opponents. Scandicci is the strongest rival, which they show with results they are making in Italy. Busto is now not on such a high level in Italy but is a good team. Schwerin is strong. Last year we played with Busto and we lost the golden set. Now it’s a new story. We’ll play the Champions League for the first time and it’s very important for the growth of the club. We go there to win every single game. The level will be very high, we go to compete and try to win all games.”

You seem to have some special connection with Poland given that you work and live there for more than a decade both as a player and a coach. How and when was this emotion born and in what way do you see and feel Poland?

“Now I’m used to say that I live in Poland. My children are in Poland since the first year. How it all began? It started when I played against the national team of Poland in front of full stands and saw the atmosphere. When I was in Paris and Mallorca and played against Bełchatów and Olsztyn, I received offers from Poland. I fully met volleyball in Poland when I signed with Bełchatów. After seven seasons in Poland as a player, I started as a coach of the national team. It’s a long and beautiful story.”