The Italian Volleyball Federation have announced with the deep sadness and sorrow the passing of Sara Anzanello, who died on Thursday at the age of 38. 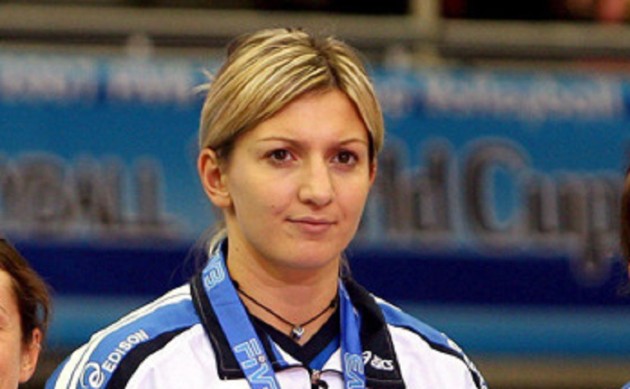 Anzanello recorded as many as 278 caps with the Italian national team, contributing to Italy’s historic success at the 2002 FIVB Women’s World Championship held in Germany. Together with Team Italy, Anzanello won the 2007 and 2011 editions of the FIVB World Cup as well as silver at the 2005 European Championship in Croatia.

Standing at 193 cm, Anzanello’s nickname was the ‘Big Smurf’ after one day she showed up for training in Novara after dying her hair blue – apparently by mistake. A few years ago, she underwent liver transplantation and went through a long rehab process.

All fans will remember Sara as an extremely friendly, down-to-earth and smiling person, who fought hard until the end for her full recovery. The CEV and the whole of Europe’s Volleyball family would like to express their heartfelt condolences to her family and friends.

WorldofVolley is sending the deepest condolences to the family.

🙁 I remember her very well: talented player with a big heart. It’s so sad that she’s gone and at such a young age. My thoughts are with her family.

Ask the Olympians: Falling in love with...