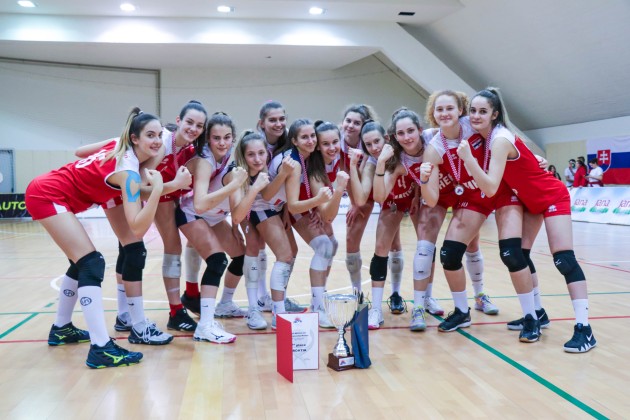 Croatia U19 national women’s team won a silver medal in Dunaújváros, Hungary, losing to Slovenia in the final.

“I am very pleased with how the girls turned out in this tournament. First of all, the atmosphere among the players was great, I must say the best so far. This was a pretty tough tournament with a lot of matches, maybe a little too much in my opinion. We played very well the first two days of the tournament, but a few injuries drove us out of the rhythm, and we fell down physically in our most important and difficult game with Slovenia. But this was a great success of our girls, so it’s a good base for us to continue working towards European Championship in summer.” – head coach Saša Ivanišević was very satisfied with the performance of his team.

As Croatia hosts the European U19 Championship along with Bosnia and Herzegovina this summer, U19 women’s team was awarded a direct placement on the upcoming championship.

The city of Zadar hosted U17 MEVZA women’s tournament, which was the first qualification round to the U17 European Championship, where Croatian youth showed exceptional performance by winning another silver medal.

Despite losing to the Czech Republic in the group stage, Croatian girls managed to reach the final, where they lost to Slovakia 3:0, winning another silver medal for Croatia and progressing to the next round of EC qualifications.

Sports center Višnjik and Falkensteiner Hotel group proved to be a great host, where they successfully accommodated 8 national teams from 9th to 11th of January, as a first step to the busy summer of hosting top-notch volleyball events. 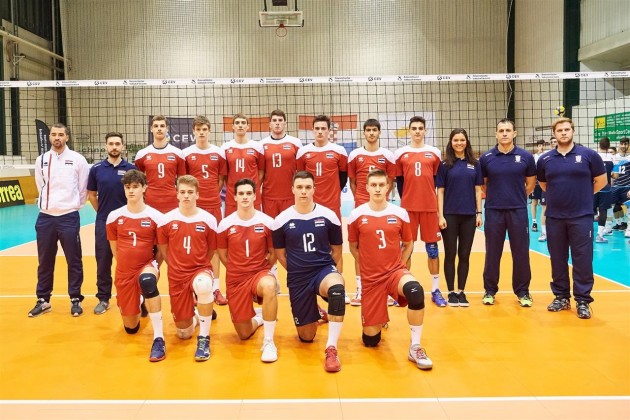 Men’s U18 and U20 national teams of Croatia hadn’t had much luck in their respective appearances on MEVZA competition and EC qualifications.

Head coach Davor Meringer led his U20 players both in Maribor and Steinbrunn, but unfortunately came one set short of qualifying for second qualification round of EC 2020. Before departing to Steinbrunn, Meringer’s youngsters participated in MEVZA in Maribor, recording one win and five losses.

“I would like to congratulate all the players and my entire staff on a job well done, considering we didn’t have much time to train and prepare. In my opinion, every player has done his best, showing professionalism both on and off the court. We could have played a much better match against Cyprus, but the inexperience and youth of the team paid the tribute. Croatia has a young team with great potential and quality, but it takes a lot more practice to get better results. All involved, coaches, clubs and local federations, need to invest a lot more in men’s volleyball, providing kids with better conditions and equipment to reach our goals”. – head coach Davor Meringer shared the vision of his team.

In the first round of EC qualifications, Croatia U20 national team won against the hosts Austria, but lost against Cyprus, leaving them short of the second round of the qualifications. 16-year old Gabrijel Cvanciger, opposite from Mladost Zagreb, played an exceptional tournament, leading the scoring charts alongside the captain of Cyprus, Sotiris Siapanis.

Looking at these results we can only say that a bright future lies ahead of Croatian volleyball.

AUS M: Lebedew has announced that he is stepping down as head coach of the national team