On Tuesday evening, CEV officials and representatives of the five host cities met in Zurich’s Hotel Renaissance to finalize the official management of the 2013 CEV Volleyball European Championship – Women, held in co-organization by the German and Swiss Volleyball Federation. 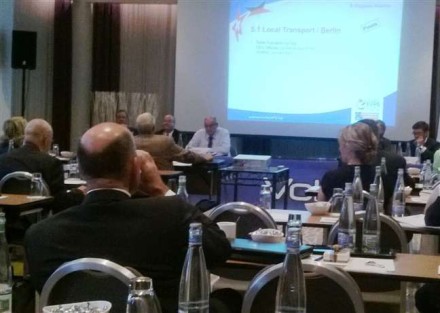 The Championship set to run through September 6 – 14 will be the twenty-eighth edition since the premiere in 1949 and will determine the two teams representing Europe at next year’s FIVB Women’s Volleyball World Championship in Italy.

“We are very happy with the progress of preparations”, said Jury President Jan Hronek. “The volleyball family is looking forward to a spectacular competition.”

“5 cities, 2 countries, 1 goal: women’s volleyball at its best”, emphasized Christoph Stern the slogan of the successful joint application be the German and Swiss Volleyball Federation in the autumn of 2010.

“Since then the trans-national Organizing committee has worked countless hours in order to provide something special for the players, coaches, and officials, of course, the volleyball fans from all over Europe. The European Championship should leave its marks on European volleyball far beyond the tournament.”

The Preliminary Phase of the 2013 CEV Volleyball European Championship – Women is split into four pools of four teams with the top three from each pool advancing to the next competition stage.

Pool A in Halle (Westphalia) comprises host and 2011 runner-up Germany, Turkey, Spain as well as the Netherlands.

Pool C in Dresden is composed by Russia, Azerbaijan, Croatia as well as Belarus.

Ticket pre-sales and television coverage flourish beyond expectations. For the first time in history, 127 countries with all five continents involved cover the Women’s EuroVolley.

Warm up for volleyball with Resistance Bands...