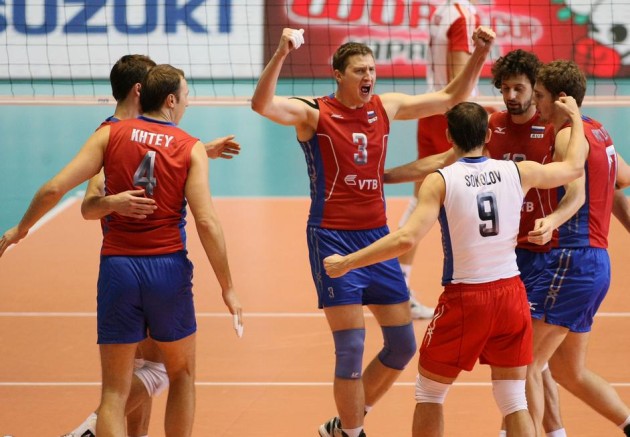 Russia celebrate after notching a provisional 2:1 over Poland and thereby also the World Cup title in Tokyo

The Russians scored eight of the final nine points in the fifth set to notch the victory. By virtue of the scoring rules in place for the tournament, Russia only needed to win two sets to capture the championship. The match turned late in the second set when Poland star Zbigniew Bartman suffered a leg injury. He scored 11 points before getting hurt. Russia ended the World Cup with an impressive 10-1 record, while Poland finished 9-2.

Denis Biriukov led Russia with 13 points. Dmitriy Muserskiy added 12 and was named the most impressive player of the match.