Tokyo, Japan, December 4, 2011 - On the final day of 2011 FIVB World Cup play, Cuba took on Egypt at Tokyo Metropolitan Gymnasium coming off a long five-set loss to the USA the night before. 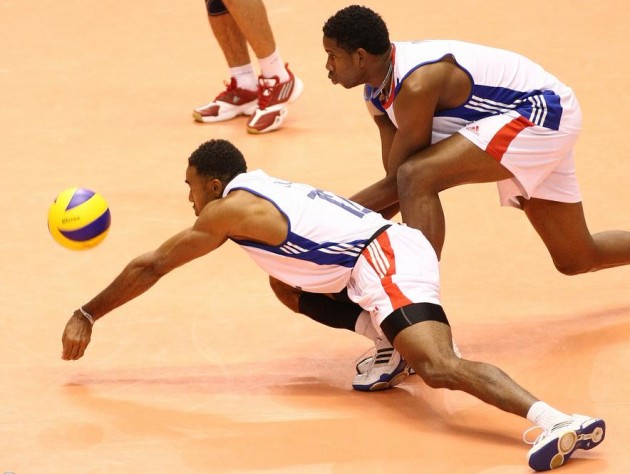 Egypt showed great determination, but Cuba walked away the winner

Fernando Hernandez Ramos started Sunday’s action as the tournament’s leading scorer with 200 points, and with 25 points against Egypt, he has a good chance at being the top scorer in the tournament depending on how Italian Michal Lasko does later in the day against Iran.

Cuban captain Wilfredo Leon Venero scored 18 points and Yassel Perdomo Naranjo had 11 points, including six key blocks. For Egypt, their star Ahmed Abdelhay showed he could attack with the best in the world, scoring 24 points in a determined effort.