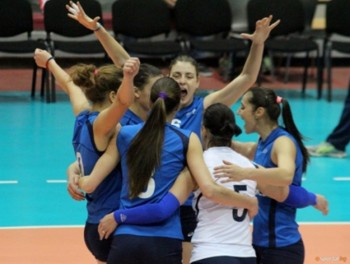 Players of Levski showed that they were perfectly prepared for this match. They didn’t moan after losing a thrilling first set in which they dropped four points lead (22-18), neither after second when many has already seen them as defeated side.

Instead, they kept fighting, step by step were moving ahead until they reached the tie break.

In fifth set CSKA had lead 8-7, but Levski scored three consecutive points, turned around the score and then finished this amazing match.

This is the first trophy of Bulgarian Cup for Levski after 2009.