WCH M 2014: Round One calendar confirmed

The Organizing Committee for the FIVB Volleyball Men's World Championship Poland 2014 has released the tournament's first round calendar following the conclusion of the Drawing of Lots at Warsaw’s Palace of Culture and Science on Monday. 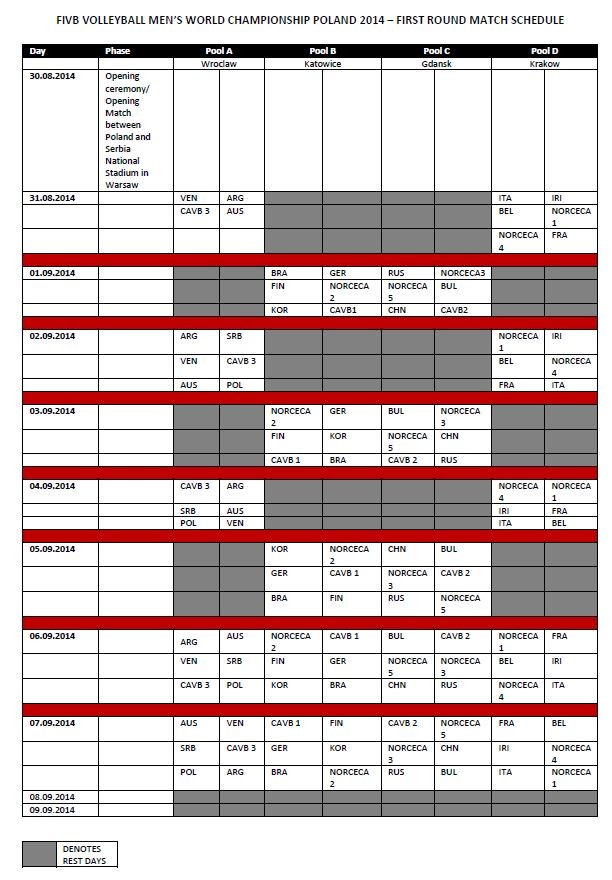 The second round of the tournament will take place from September 10 to 14 with group E in Lodz and Bydgoszck and F matches in Katowice and Wroclaw. The final six teams will battle it out on the courts during the third round in Krakow and Lodz from September 16 to 18.

The top two teams from each third round pool will then advance to the semifinals and finals in Katowice on September 20 and 21 with – in the only difference to the FIVB Volleyball Women’s World Championship Italy 2014 competition formula – the third ranked teams in the third round pools also playing off for fifth place.