The volleyball tournament for the 1976 Olympic Games in Montre?al was a revelation for the Canadian public. What had been for most an occasional pastime with flexible rules became a passion during the Games. 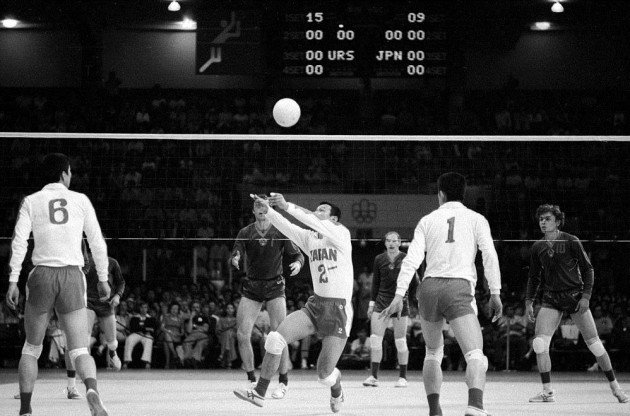 Canada falls in love with volleyball

As the tournament went on the number of spectators increased, culminating in an attendance of 15,602 to witness Poland take the men’s title and Japan the women’s.

On the day of the finals the sound inside Montreal’s Forum was akin to a Canadian international ice hockey match, and the 150,056 spectators who attended the 24 matches represented no less than 92 per cent capacity.

Prior to the final the USSR had not dropped a set, while Poland had been taken to five sets in three of their matches.

The women’s competition, remarkably, saw Japan and the Soviet Union in the final for the fourth Olympics out of four. Japan had won the inaugural event in Tokyo in 1964 and the USSR had taken the following two. This time, led by Takako Shirai whom many considered the best player in the world, Japan dominated the tournament. Only once did an opponent (South Korea, who took the bronze medal) reach double figures in a set and Japan beat the USSR 3-0 (15-7, 15-8, 15-2) in the final.