Russian clubs are definitely the best in the world. After Belogorie has conquered the Men’s Club World Championship, Dinamo Kazan has done the same in women’s category! Dinamo Kazan – Molico/Osasco 3-0 (25-11, 25-16, 27-25). 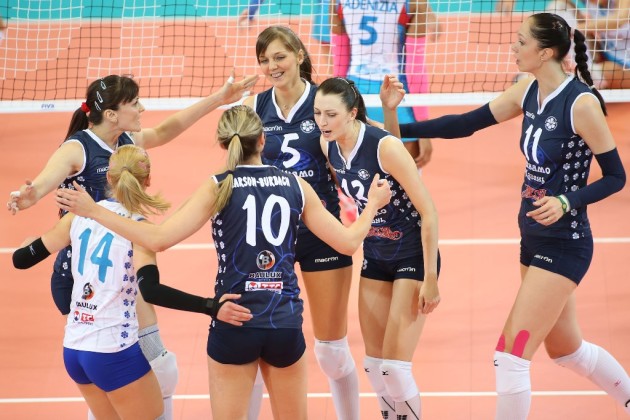 The overall result just tells everything. Dinamo Kazan was superior in every segment of the game and most deservedly seized the trophy for the best club in the world in 2014.

Molico/Osasco had the only chance to do something in the third set. Brazilians has returned from 18-22 to 22-22… Even had some chances for turnaround, however two mistakes and Ekaterina Gamova prevented that scenario,

Dream season therefore continues for this club – after winning the CEV Champions League, Dinamo Kazan added another major trophy, and will also have huge chance to complete the row with Russian Championship during the next week.

The best scorer of the finals was Ekaterina Gamova with 24 points, while Jordan Larson added 14. As far as Molico/Osasco is concerned only Thaisa Menezes has reached double digits – 10.

To read more news from this competition click on Club World Championship 2014 W.