Turkey is the new Balkan champion for pre-youth boys. 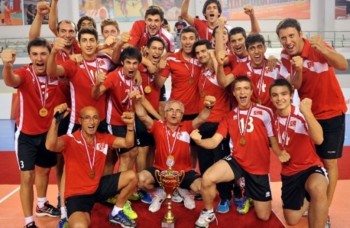 The organizing team of the third edition of the BVA Pre-Youth Boys’ Volleyball Balkan Championship defeated the winner of the first two editions Bulgaria by 3:0 (25-22, 25-15, 25-20) in what had turned out to be the de facto final on the last competition day of the six-team round-robin tournament held in the Turkish capital.

The home side went through its five games unbeaten and topped the final standings with a perfect record of 15 points. The team of Bulgaria, which suffered its first defeat on the last competition day, finished second with 10 points from four wins and one loss and took the silver medals.  Romania ended up with the bronze, also with 10 points, but from three victories and two defeats. 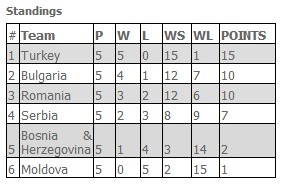 BUL M: END OF SAGA – Kaziyski will not play at the WCH