WorldofVolley is preparing a new Twitter interview. We have explored the volleyball world and guess who will be hanging out with us on Friday? 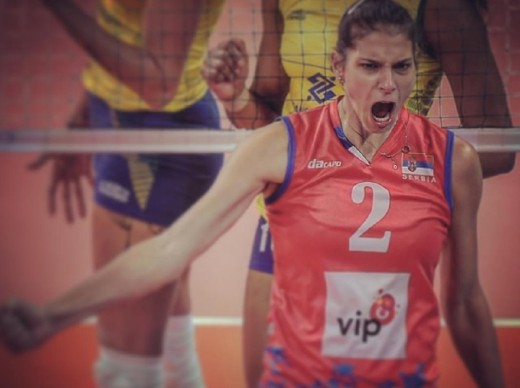 Have you missed her?

She is 28-year old Serbian opposite, who missed almost the whole last season due to pregnancy. The next season is going to be her first season in a role of mother. She is currently preparing for the Olympic Games with the Serbian national team!

The interview with Jovana Brakocevic Canzian will start on Friday, 14:00 (CET) and will last until 14:30 (CET). You will be able to ask Jovana whatever you want by using hashtag #WoVChat! Don’t forget to read #WoVChat RULES!

Recall that our guests so far were Jenia Grebenikow who prefers trophy in Champions League, Kim Yeon-Koung who wants to be a coach, Davide Saitta who wants to defend title with Paris, Giovanni Guidetti who has a problem during the summer and Laura Dijkema who will  never forget the European Championship final 2015 in Rotterdam.