She’s only 18 but she’s the top scorer in one of the strongest women’s volleyball national championships in the world – Italian Serie A1. Ladies and gentleman, meet Isabelle Haak! 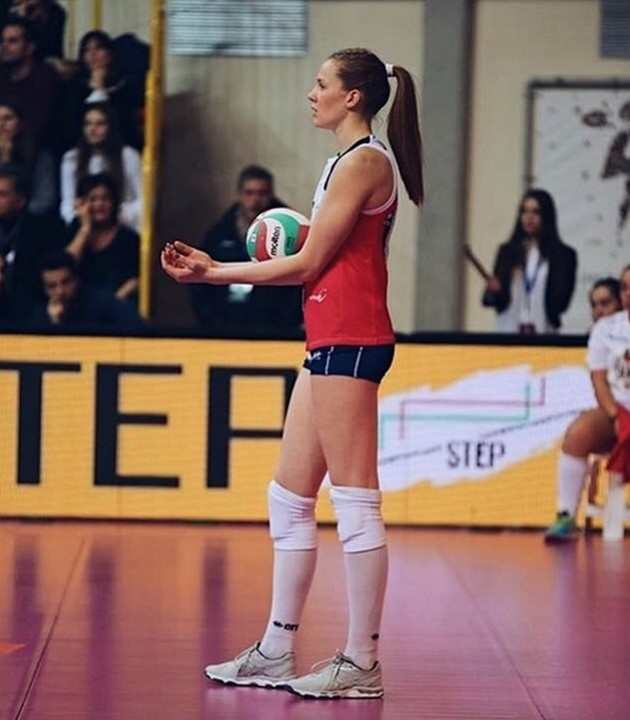 Believe it or not, Haak made her debut for the senior national team of Sweden when she was only 14! She won Player of the Year award in her home country when she was 15. Knowing the previously mentioned pace of her career, it was logical that Haak quickly upgraded it by moving to one of the best leagues in Europe – the French. By playing with Béziers Volley last season she definitely turned the spotlight on herself and got snatched by Serie A1 side Savino Del Bene Scandicci. With them, she became the top scorer of the tournament at the mid-season, having huge chances to stay there until the end of the season. After that, only the sky is going to be the limit to Haak!

At what age did you discover your talent for volleyball?

„I think I was around 11 years old. I was lucky to have the greatest coaches in Sweden, and I and my teammates had such fun on the court. We participated in different youth competitions all the time and I realized that I had a special ’gift’, transforming it into hard smashes and a big will to win. The more spectators, the more fun!“

Did you train some other sports discipline beside volleyball?

„Other sports… yes, some gymnastics when I was 4-8 years old, some dancing (believe it or not) and then some golf before I got fully occupied with the volleyball.“

You made your debut for the senior Sweden national team at the age of 14! How did it look like from your perspective?

„I started in the Swedish senior national team at the age of 14, that’s true. The real breakthrough was when I entered the match against Latvia. Our team was about to lose the match, I came in and managed to make some quite good ’kills’ and bring some energy to the team. In the end, we won this match and it was a big sensation.“

Already at the age of 15, you won Player of the Year award in Sweden. How do such a young person and a player feel to become the best volleyball player in her home country?

„Gradually, I got used to playing the matches in the Swedish elite. I started in EVS (my home club) elite already the year before, when I was 14, but then I didn’t get so much play time. The year after, you can say I was warming up, and I wanted to make a difference. My sister Anna was also on the team, and we had a great setter Hannah Allison from the US. We had so much fun that year, and our team made a new record in Sweden: We didn’t lose a single match in the whole season. In the last match of the Final, we lost the first two sets, and then we decided that we must turn it around,  we just couldn’t lose this one after 36 victories and just one to go. And we did it! I smashed in 15-10 in the 5th set and my sister was jumping up to the roof of joy. In my hometown, Ängelholm, the memory of this Swedish Championship Gold will never fade. I think I made 38 points in the last match and yes, I was elected Player of the Year in Sweden before my 16th birthday. I was so so happy, it was incredible!“ 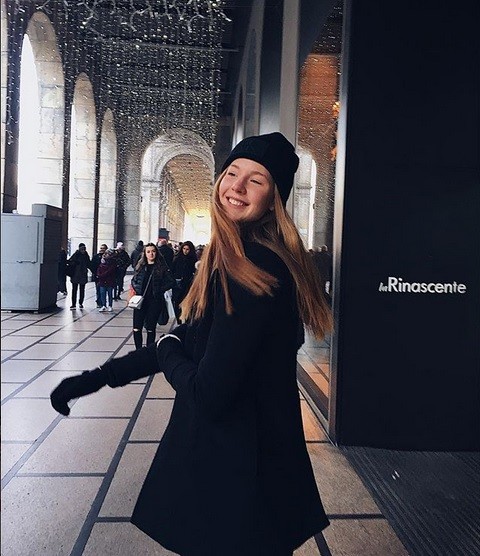 Your first international adventure was in France. How did it feel like to be away from home as a teenager and play professionally in a foreign country?

„After having been elected Player of the Year for two years in a row in Sweden, I needed a new challenge. I have part of my family in France since my father Robert was French. My mother started to investigate the possibilities to start playing in the French league along with finishing my studying online at a Swedish school. I decided to keep the doors open to the U.S. college, so actually, I didn’t want a professional contract. We found a great club, Béziers Angels, close to my French family in the south of France. We visited the club in February and I understood this would be a fantastic step for me. We moved there, me and mum and the dog, in August. It worked out just great with school at distance, I loved the new environment at the same time as I developed myself in volleyball and learned a lot of French. The only thing I really missed was, of course, my Swedish friends, and my sister, but she was any way at the college in the USA.“

You received many offers this summer but you decided to sign with Scandicci. What was a decisive factor to choose this club before the others?

„Before taking a new step, eventually out into the big wide world – Sweden and France both felt like our home countries – we decided to choose an agent. We needed to learn more about volleyball and life outside of volleyball in other countries. We found Goldsport, and they became a great speaking partner. I made a list of the most important criteria in the choice of the next step. On top of my list were the coach and my role in the team – I really wanted to play a lot – which many of the clubs couldn’t offer since I was quite an unknown player in Italy.“

How does it feel like to play in one of the strongest leagues in the world like Serie A1 and to play against big and famous volleyball names?

„It’s amazing! I’m developing my skills, my power, and my volleyball intelligence every day. I never had any idol in volleyball, really, and everything has happened so fast that I haven’t had much time to think so much about the volleyball stars I’m surrounded by. But, of course, I have realized that I have some really great players in my team and in all of the other teams as well. Then when I played the All-Star game the other day, in Bergamo, I also got the opportunity to get to know some more really great players. That was a lot of fun. Anyway, I love the high level of the games in Italian A1 and I also love the big arenas with a lot of spectators.“

Do you think that you can stay at the top of the scoring list in Serie A1 until the end of the season?

„To me, it’s not important to be the top scorer. The importance is that we reach the goals of the club and the team. Actually, when I have decided to move from Sweden to France to Italy, it has been not only to continue to develop but also in the ambition to find an environment where there will be a little more balance in my role. I mean, I don’t mind to score a lot of points but the equilibrity between the opposite, the outside hitters and the middle blockers is important to me. In the same way, quality is more important than quantity. If I can learn how to hit or serve the ball differently and more unexpectedly, then I can be more efficient. Efficiency is a more important goal than to be the top scorer.“

Is there some other country or a club in whom you would like to play one day?

„I’m still, together with Goldsport, learning about the volleyball world. Right now I’m having a great time in Italy and we are playing top-level games every week. The world is changing all the time, so we will see what country is best for me when that time comes.“

What does the Sweden national team misses to join the top of the women’s volleyball in the world?

„My personal thinking is that we have a good league in Sweden, although a little uneven. We need more players to go abroad and get experience from international volleyball. Also, the players need to be given the financial possibility to devote most part of the summer to the National Team, which is not the case today.“

How do you plan to spend the New Year’s holiday?

„It’s been a hectic time the past weeks, with a lot of matches. I was very happy to be able to spend a few hours with my sister in Florence and Milan around Christmas. Now, I need to catch up with school and we have Coppa Italia on December 30… But probably a great dinner on New Year’s Eve and some Bubbles!“

Leonel Marshal as libero? It has happened! (VIDEO)

STORY FROM THAILAND, Anna Spanou – “They...