Ozge Kirdar is back! She will play volleyball again. After a year of absence, the Turkish setter has decided to accept the offer from Turkish Airlines and to get back on the court! 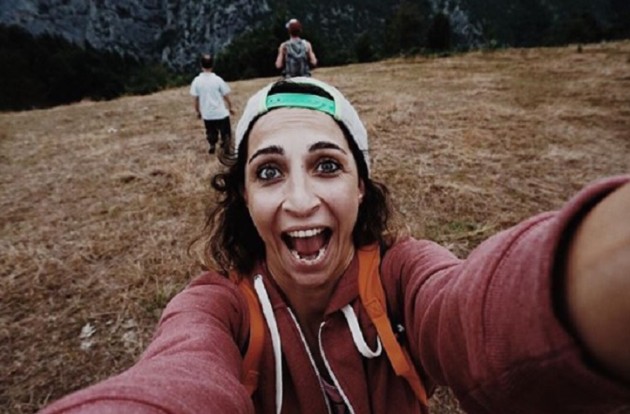 In an exclusive interview for WorldofVolley, Ozge reveals how did she use the break to rest and recover her body. We must say, it was a stunning adventure for Ozge Kirdar.

Volleyball missed you a lot in the last year. Can you tell us more about your one-year break – why did you make it, how did you spend your time during a break?

„I needed some break for my body, my brain and also mentality. I didn’t feel happy on the court during my last season. I had a contract with Bursa but I didn’t want to continue so I took a one-year break from volleyball. Let’s say it was a long holiday. And it was an awesome year, I lived in Poland but I traveled every month, visiting different places. I tried many new things which I couldn’t do because of volleyball. Like, skiing for the first time, indoor skydiving, ice skating on the frozen lake. Also, I learned to ride the roller blades, yoga, skates…Also, I got an education about healthy life, gluten and sugar-free stuff. I climbed 3 different mountains peak and I visited Africa. I went to the gym and did a different kind of practices which I couldn’t try before. I can tell you more and more but it was an awesome year. I learned a lot and I enjoyed a lot,“ describes Ozge her adventures during the one-year break…Must admit, pretty much amazing year.

Turkish Airlines (THY) seem like a quite ambitious project. What did attract you the most to join them and what are the plans for the club for the next season?

„First, I know the president and general manager from the time I played in Vakifbank. We won together the Champions league for the very first time in the history of Turkey so we have an emotional connection with them. And I know their project and I know how much they want it. So when I got the offer it made me so excited…I played with many of the current teammates before and I know almost everyone. Next season will be the new beginning because we don’t have the European Cup competition and the target will be to take one of the first 5 in the league and to get better every year. And I wanna do the best I can.“

We are sure that you closely follow the career of your sister Gözde. What do you think of her play last season and of her retirement? Could she play a bit more?

„She couldn’t play more because she didn’t want it. She wanna be a mom and create a happy family and I know she will do that. And she finished her career in the best way, it can’t be better.“

Turkish women’s clubs are dominant in European cups for years. For instance, this season they won two of three major tournaments in Europe – the Champions League and CEV Cup. Knowing the fact that clubs from several other countries (Italy, Russia…) invest a lot of money as well, what are the main reasons for the dominance of the clubs from Turkey?

„Last year I won the Challange Cup and Gozde won the Champions Leauge. One family got 2 European cups. That’s crazy. I think we have better foreign players and coaches. So the Turkish players learn a lot from each of them. But if you look at Russia and Italy, they don’t have that much quality foreign players and maybe that’s why they are better at the national team level. And we are better as a country in the Champions Leauge.“

How far can Turkey go in the 2018 FIVB Volleyball Nations League?

„They started really good and I think they can continue like this because I believe in Giovanni. I worked with him 4 years and he can create something special and I hope he will affect the girls also the best way he can.“

Since you have returned to professional volleyball, do you have plans to play for Turkey national team again in case you receive an invitation for 2019? After all, your country is one of the co-hosts of the CEV European Championship…

„Ah, me, no. I love my 4 months off time period, I played more than 10 years in the national team and that’s enough. I have also life and I love to live that and there are so good setters in Turkey, now it’s their turn.  And I believe we can get a gold medal in Ankara.“

Jaeschke in Trentino why you haven’t posted it