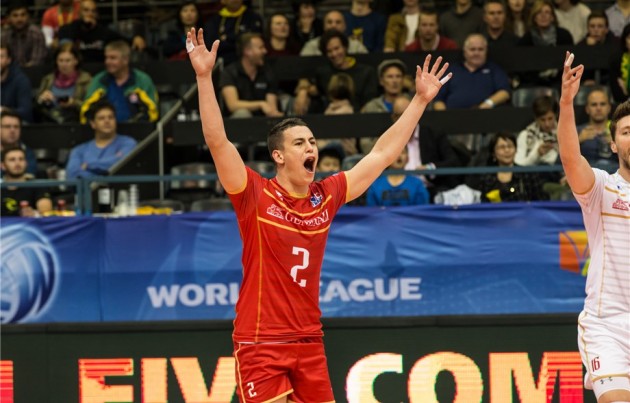 After signing Serbian middle blocker Srećko Lisinac, Trentino completed another important transfer. The CEV Champions League Best Libero for three seasons in a row, Jenia Grebennikov, will wear the jersey of Superlega giants in the next two seasons.

A 27-year-old Frenchman arrived in Trentino after spending the last three seasons as a player of Cucine Lube Civitanova, during which he won Italian championship and cup once each.

He achieved many successes with France national team, clinching the FIVB World League twice and CEV European Championship once.

“I always thought Trentino was my destiny. Not many will remember but the first time ever that I set foot in Italy, I did it in this city. It was the end of June 2010 when I came with France ‘B’ national team to face Under 23 Serie A team that he was training right here at PalaTrento in Trentino. In that group with me, there were players like Quesque, Le Roux and Tillie and the coach was Serniotti. When I entered the sports hall, I was impressed by the beauty of the venue and, as a result, I immediately understood the professionalism and strength of this club, which I noticed in every small detail. I remember well that, on that occasion, I told myself: I want to play here one day. Eight years later, it happened!” Grebennikov said for Trentino website.

EL W: Round 1 closed with wins of Hungary, Estonia and Albania

Perugia will not participate at World Club...