The 2013 FIVB Volleyball World League Finals will have an explosive start on Wednesday as favorites Brazil take on heavy weights Russia in Pool E. Hosts Argentina will then take on Bulgaria in the second match of the day in Mar del Plata. Canada will begin their campaign a day later against Russia, while Italy will face Bulgaria in their first match on Thursday. 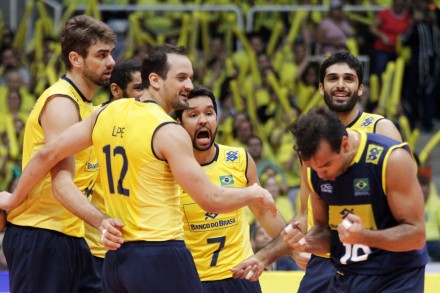 Canada, the surprise of the 2013 World League Intercontinental Round will begin their campaign a day later against Russia, while Italy will face Bulgaria in their first match on Thursday.

Canada were the first team to join hosts Argentina in Mar del Plata after topping Pool C for the teams with the lowest world rankings, two weeks ago. Canada came out tops securing their place in the 2013 FIVB World League Finals with a win against Japan.

The top two teams from pools B, Italy and Russia, had to fight hard for their places in the Final while Bulgaria (Pool A) advanced to the Final after beating Poland in the last weekend of the Intercontinental Round. Brazil finished the FIVB World League’s Intercontinental Round at the lead of Pool A, with 25 points (nine wins and only one loss) – a good way to start its campaign for the title.

To read more news about this competition click World League 2013.