Argentina won medals from the previous two Junior Men’s World Championships - 2009 bronze in India and 2011 silver in Brazil, but in the eve of the upcoming FIVB Men's U21 World Championship in Turkey they have put all this behind and are only thinking about their next match. 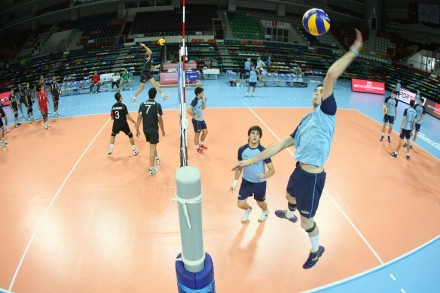 The South American team finished fifth at the 2011 Boys’ Youth World Championship at home and many of the players that represented their country two years ago have kept their place in head coach Fabian Muraco’s roster for the tournament that is about to get under way on August 22 in Turkey.

Argentina was drawn to play in Pool B at the Baskent Volleyball Hall in Ankara, along with the teams of Estonia, Iran, Japan and Mexico.  They do not have an official game scheduled on the first competition day, so they will open their campaign with a match against Iran on Friday.

Despite Argentina’s good performance in previous world championships, Fabian Muraco refuses to assign the role of one of the favorites to his team.  ”We are only thinking about our next game.  We will be taking it step by step, match by match, and depending on the results we will move forward.  Nobody is the favorite. It will be a very difficult World Championship.”

WCHJ M: Abouzeid – “We want to do something good for our troubled nation”