The Argentine Seniors' Women Team had their first training in Serbia this Tuesday looking forward to their debut at the second weekend of the FIVB World Grand Prix, this Friday in Pool H playing against the host team, Turkey and Cuba, respectively. 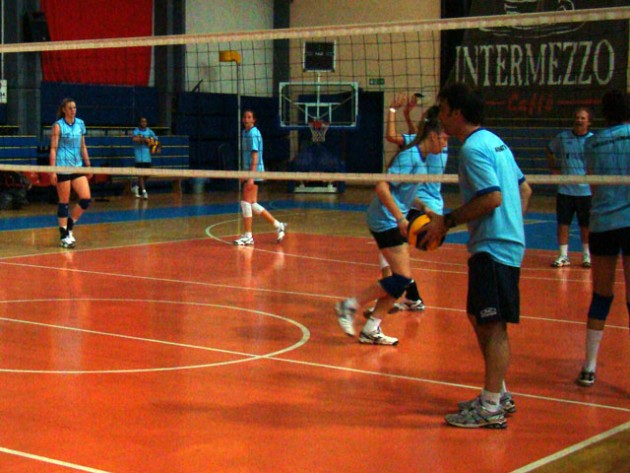 The team coached by Horacio Bastit arrived to the city of Belgrade on Monday midnight being hosted at Hotel M from the Best Western chain and in the afternoon of this Tuesday had their first training at the playing venue. During the morning they made some warming up to take all the tireness from the long trip Macau, China, Serbia.

Training was headed to improve last weekend first participation of the 2012 FIVB World Grand Prix, when they grew along the matches playing their utmost against the local, China. About the team, the captain, Emilce Sosa expressed: “We had a good match against Thailand, finding our rhythm and winning the first set v China and we thought it would be easier against Puerto Rico but we found a hard rival“.

The team will play at Hala Pionir on Friday at 11.50 (Argentine time) v Serbia; followed on Saturday at 15.05 v Turkey to end on Sunday, at the same time v Cuba.