After 3-0 win over Australia, Argentina have improved the score to 5-2 at the World Cup in Japan! 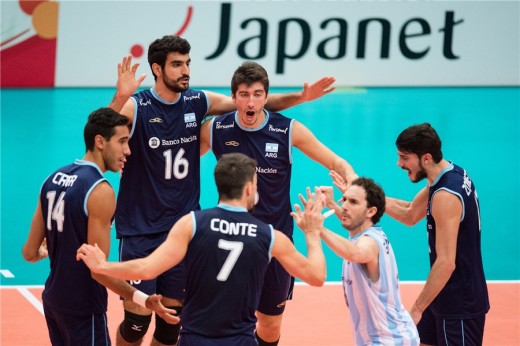 When Edgar is not in the mood, Australia have much less chances for taking even a set. The opposite played in the first set and at the result 19:15, after being blocked by Sole, Santili replaced him with Carrol! It seemed that Aussies started playing better, but Argentina won the set after all. At the beginning of the set, Harrison Peacock pickud up an injury and were taken off from the field.

The third set was a tragedy for Australia. They controlled almost the whole set but it’s the final points that count. Walker and Carroll have been immense for the Aussies! Again, Argentina managed to win this part of the match.

After the second set, it seemed that Santilli’s side surrendered! Argentina had an easy job in the third set and clinched the win!