The 5th edition of the Volleyball World Challenge Cup that will take place in the resort city of Mar del Plata, Buenos Aires province, starting next Tuesday, September 18th, has already its official fixture for the 6 teams, five countries and 3 continents that will participate of such important competition, prior to a very promising and exciting Argentine League. All the information will be at the Facebook website. 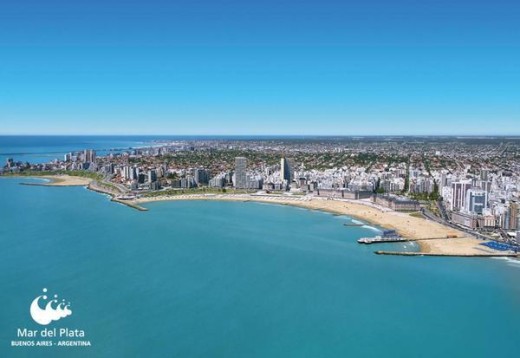 The historical USA team of UC Irvine, will be the rival in the debut match of the host team of Buenos Aires Unidos. This competition will last until September 22nd The first match will take place on Tuesday, at 21.00 opening Pool A, that also includes Súper Imperatriz Volei – Brazil. Personal Bolívar, the other Argentine team, in the fight for this new international title will face the Canadian FV Canucks in Pool B debut but on Wednesday, also at 21.00 pm. The third team in this pool is Toray Arrows from Japan.

Irvine will also face Buenos Aires Unidos in two previous friendly matches, on Friday September 14th and Saturday September 15th. The first match will take place in Coronel Vidal while the second one in Mar del Plata itself. Bolivar will also face in a pair of friendly matches UNTREF Vóley, the team that upgraded at the A2 Argentine League and that will be at the most important Argentine competition in this new season and also Boca Juniors, last finalist of the of A1 League 2011/12.

On Wednesday it will be rest day for BAU, while Bolivar will make its presentation v Canucks in the second match of the evening while the first one will face Irvine v Imperatriz. One day later BAI will play in the second match v the Brazilian team while earlier the team coached by Javier Weber, Personal Bolivar will play v the Japanese team. On Friday the semi-finals will take place and on Saturday three matches will be played (5th – 3rd – and champion).

Bolivar won the first two editions of the World Challenge, years 2008/09 while Sada Cruzeiro from Brazil won the following two, 2010/11. In all won the gold medal an only player, William Arjona Peixoto (former Bolivar setter).

This season promises excitement and emotion as Giba will arrive to Mar del Plata from Brazil, Angel Dennis from Cuba and Donald Suxho from USA added to the Argentine Olympic Games 2012: Gabriel Arroyo, Alexis González, Sebastián Solé and Pablo Crer, together with the Argentine coach, Javier Weber. In Bau, the presence as coach of Waldo Kantor and two new reinforcements as Ivan Marque and Guillaume Samica from France together with the historical Marcos Milinkowic will give the tournament a very high level show.

The FIVB choses new president at its congress in USA