When two unbeaten teams of the Philippine Womens’ Volleyball SuperLiga collide, the only outcome can be – a tie-break! 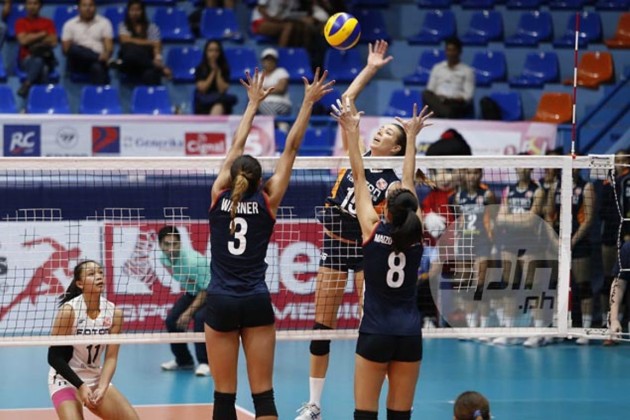 Middle blocker Alyja Daphne ‘Jaja’ Santiago took her place in Foton line-up despite being summoned to join National University in a 12-day buildup in Japan. The only foreign coach in the league, Serbian Branislav Moro, moved her to opposite hitter position and it turned out as bingo. She scored 19 points but was second best scorer of her team. American Lindsay Stalzer had 29. These two overcame great performance of American from Petron, Stephanie Niemer, who had 38.

Cignal HD Spikers achieved their first win in Grand Prix after prevailing in a thriller against Generika Lifesavers 3-2. It was a duel of two teams that previously lost all their games. Already at early stages of the match, Cignal lost their hope, Puerto Rican Lynda Morales, who injured her ankle. Janine Marciano stepped in and led Cignal to win with 17 points. Darlene Ramdin, a player from Trinidad and Tobago, and Ria Meneses had 14 pints each in Generika.

See results and standings of SuperLiga.

RUS M: President of the RVF confirmed – Only two candidates for the position of head coach