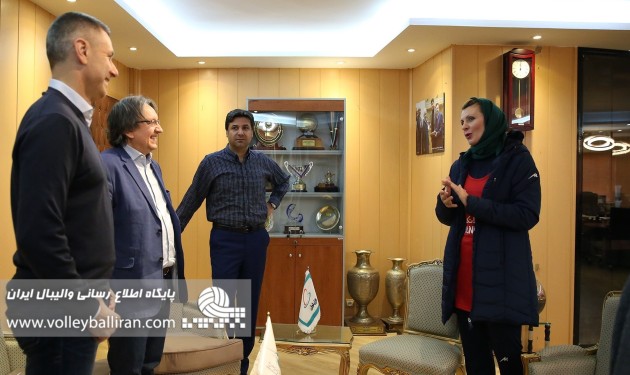 Stoytchev got familiar with actual potentials of Iranian volleyball and goals of Iranian federation in coming four years. Which is most important to Iranian fans, Stoytchev has begun initial negotiation for accepting the job of country’s Men’s national team head coach.

Stoytchev took a tour of “Azadi Volleyball Hall” and a gymnasium inside the complex where a training camp of Iranian Men’s National Team is situated. During his inspection of a gymnasium, the team of Sarmayeh Bank had a training session so Stoytchev took the opportunity to shake hands with a player which he used to coach in Italian Diatec Trentino, the Pole Łukasz Żygadło.