GP 2017: Thailand will play opening match of Week 2 as their new kit arrived on time from homeland

Thai Volleyball Federation did not want to risk anything and sent sports kit to Women’s national team to Japan in an emergency procedure. 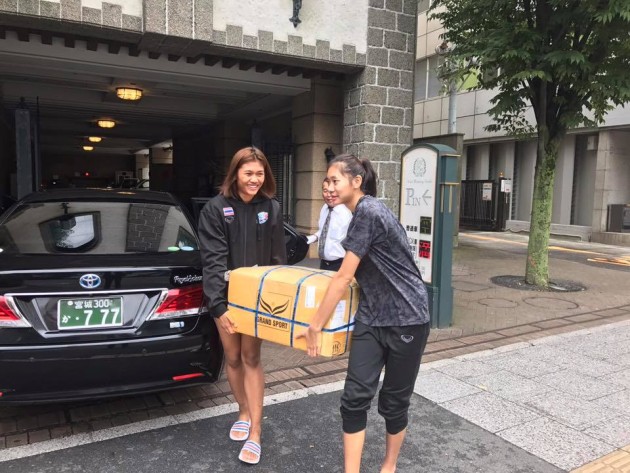 As it was reported yesterday, the luggage of the Thai Women’s NT containing jerseys, footwear and additional equipment got lost in Warsaw, Poland, during their connected flight to Sendai, Japan, where they are about to play Week 2 of the 2017 FIVB World Grand Prix – Group 1.

Since there is only a slight chance the luggage will be found and sent on time to arrive to Japan before the opening match of Thailand, against the hosts (July 14), Thai federation sent a new kit. In the meantime, it urged lost luggage to be found as quickly as possible.

The arrival of the new kit before the encounter versus Japan was also questionable, but, on the joy of Thai NT members and their fans, the new kit has just been picked up by the players!