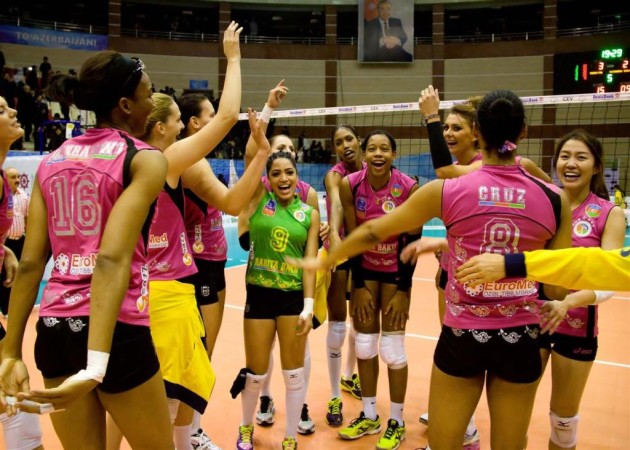 Azeryol had the 2-1 lead, but then just stopped. Or better to say Azeryol was stopped. Because, Rabita played fantastic in the rest of the game. Especially in attacking plays, where Foluke Akinradewo made a little class for all middle blockers around the world. American star was perfect in spikes, while she made several very important blocks in the tie-break.