What a sad day for the Azerbaijani volleyball. 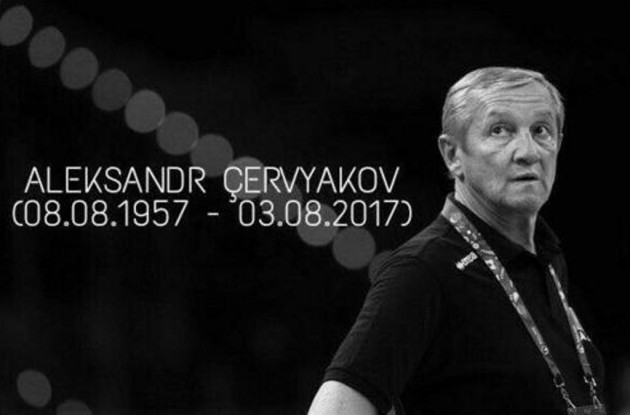 Azerbaijani expert Aleksandr Chervyakov suddenly passed away at the age of 59.

We still don’t know the reason of his death but what we know is that in five days this volleyball expert was supposed to celebrate his jubilee 60th birthday.

Aleksandr Chervyakov played as a setter before becoming a coach in 1989. He spent 22 years as the assistant coach of the Azerbaijan women’s team before being promoted to coach in 2013. In his first year in charge, he led his team to 15th place in the 2013 European Championship. At club level, he spent two years in charge of Lokomotiv Baku before switching to Azerrail Baku in 2012. He was also the coach of Azeryol Baku and in the past season, he led Maccabi Haifa from Isreal. He led Azerbaijan into their third World Championship campaign in Italy and he was also the coach of the Youth National team of Azerbaijan.

The WorldofVolley is sending deepest condolences to his family.

GP 2017: Brazil won the game because of this point (VIDEO)

AZE W: Only clear victories in the...