With an impeccable performance, Osasco São Cristóvão Saúde beat Dentil/Praia Clube in a big derby of Round 19 of the 2020/21 Brazilian Women’s Volleyball Championship. 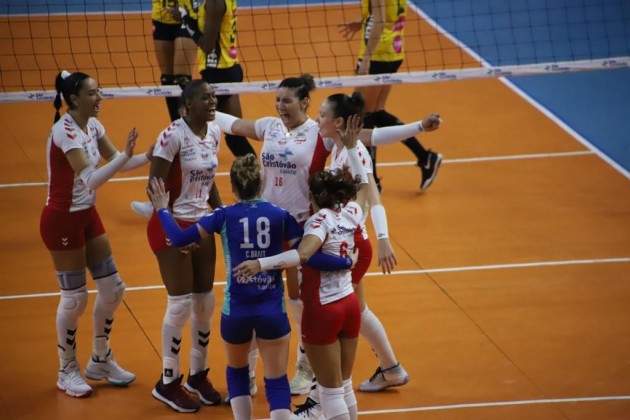 Sweeping Praia in Round 19 of the 2020/21 Brazilian Women’s Superliga Banco do Brasil regular season by a 3-0 (25-22, 25-21, 25-18), Osasco assumed the vice-leadership of the competition and kept theoretical chances of claiming the top spot.

The team from São Paulo broke a series of 7 consecutive victories of Praia and reduced a gap in relation to the first-placed Itambé/Minas to 3 wins and 10 points, having to play 4 more games. However, in case of just one more win of Minas, Osasco will say goodbye to no.1 for the playoffs. As for Praia, their chances of claiming the top spot no longer exist, but only a fight for no.2.

With 20 points, Tandara Caixeta was the highest scorer both in Osasco and in the match. Mayany Souza contributed to a win with 4 blocks, while Tainara Santos had 72 % reception (18 digs, 39 % excellent). Fernanda Garay ‘Fê Garay’ tallied 11 points for Praia and had 74 % reception (23 digs, 3 errors, 35 % excellent), while Ana Carolina Silva ‘Carol’ had 5 blocks.

Sesi Vôlei Bauru defeated Sesc RJ Flamengo in the other derby of the round by a 3-1 (28-30, 25-18, 25-14, 25-20) and overtook the 4th position in the charts from the rivals. It was the 3rd victory of the team from the state of São Paulo over Sesc this season (2 in the Superliga and 1 in the Brazilian Cup) to which they were led by Azerbaijani Polina Rahimova (19 points) and Adenízia Silva (4 blocks). Lorenne Teixeira scored 15 points on the losing side. 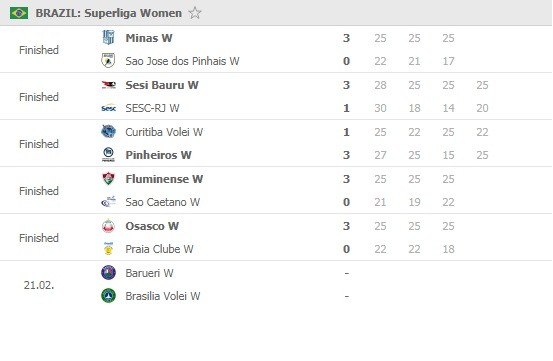 RUS W: What a transfer bomb this would be – Dinamo Kazan interested in Vargas