Marianne Steinbrecher ended her season with a serious knee injury, but it could have had a different course. She was negotiating to return to Brazil and play for Usiminas Minas. Minas became interested when Fenerbahce wanted to terminate her contract. 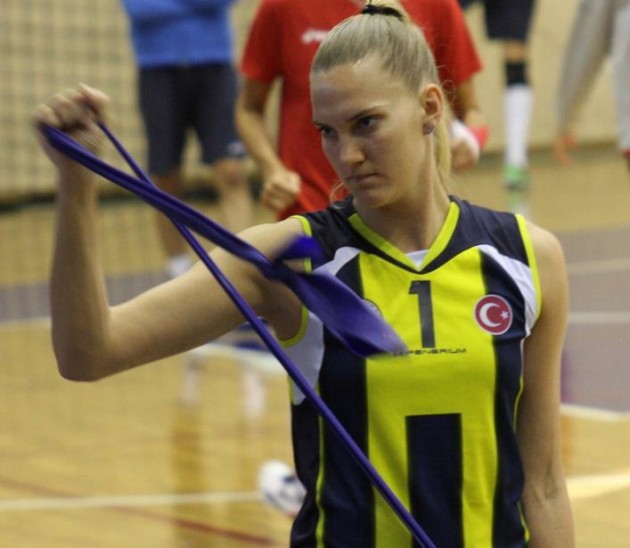 Minas became interested when Fenerbahce wanted to terminate her contract.

Superliga clubs should have sent the names of the players to the Brazilian Volleyball Confederation until the 20th of December. The teams, however, had until Jan. 20 to submit the necessary documentation to regularize the player. Minas reported their interest to bring Mari, but the agreement was not official. Her name, however, still appears in the list of Minas’ players they submitted to CBV.

Mari‘s PR disregarded the negotiation and said that she plans to fulfill the contract with Fenerbahçe. Minas supervisor, Patricia Batista, however, confirmed the talks with the player. Although she didn’t came for this Superliga season, the leader said the club will try to hire her for the next season.

“When we heard that she would terminate her contract with Fenerbahçe, went looking for her. We talked and shared our interest with CBV. The termination did not happen, so we could not hire her. But we’ll try to sign her for the next season.“

Mari brok the ligaments in her left knee, she will have to undergo surgery and will be able to recover in Brazil.