The European Medical Commission chaired by Prof. Dr. Manfred Holzgraefe got together this past Saturday in Luxembourg City for their annual meeting thereby reviewing the activities of the past months and drafting plans for a busy 2013 season. Read the latest news from volleyball world on worldofvolley.com. 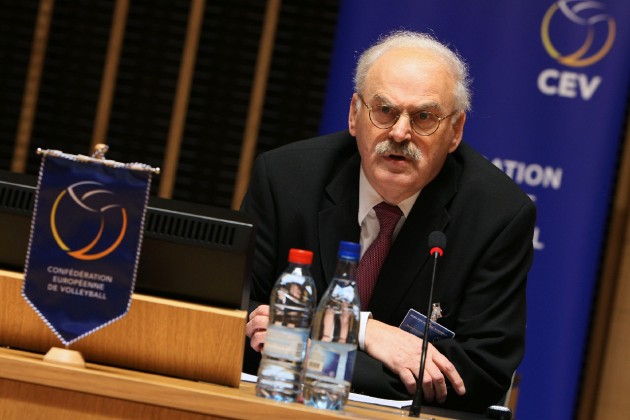 The EMC President recapped the outcome of the FIVB Medical Commission meeting previously held in Lausanne, briefing his colleagues about a series of actions included in the 2013 Medical Plan established by the Volleyball world’s governing body. More anti-doping tests will be carried out – in and out of competition – while the FIVB has embarked on an ambitious educational project that shall specifically address young players. The FIVB Real Winner Program – which is currently available in six languages – shall be, as per the proposal worked out by the EMC and to be submitted to the CEV Board of Administration this coming June, extended also to the players that are participating in Volleyball and Beach Volleyball competitions placed under CEV authority thereby improving their knowledge about anti-doping and their sensitiveness about all relevant issues.

A series of seminars and clinics shall be organized in the near future while the FIVB has already revised its medical regulations by taking into account some amendments that were made to the WADA List of Prohibited Substances and Methods.

The EMC went through an analysis of the medical reports issued for the various competitions where anti-doping controls were performed this past year, positively evaluating the facilities that were provided by the local organizers as well as the consistent fulfillment of the CEV Medical Regulations and anti-doping procedures. A list of medical delegates for the events scheduled in 2013 was also finalized by the EMC. The EMC members were proud to ascertain that all of the anti-doping tests processed in 2012 issued a negative result.

The EMC members joined forces with the European Refereeing Commission chaired by Jan Rek that also had their annual meeting this past weekend in Luxembourg to thoroughly discuss the possible implementation of additional medical examinations that shall help assess the physical and psychological condition of the international referees.

The EMC meeting was eventually visited also by CEV President André Meyer who emphasized the importance of a close cooperation with the FIVB Medical and Anti-Doping Department in the management and processing of health certificates for international referees.