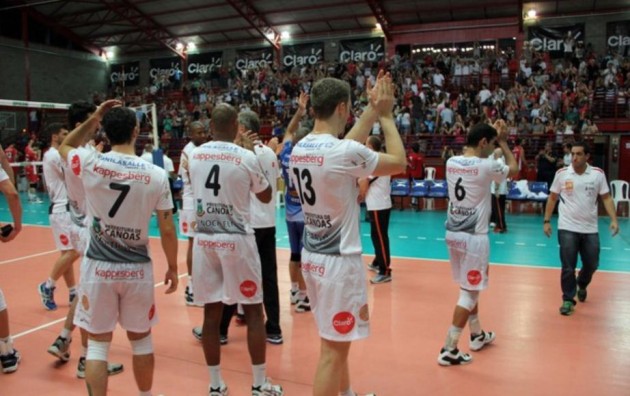 On Thursday, middle blocker Eder Francis Carbonera shone and led Sesi-SP to victory. The player was voted the best and got the Viva Vôlei Trophy. Murilo Endres commented the game.

“We played a good game, oscillated a bit in the second and fourth set, but we got very strong in the tiebreaker, with enough volume to win. That was crucial. We managed to open an advantage and keep the difference, endured their pressure at the end and got a great victory. We have another game on Saturday in our court, and we are already thinking about this confrontation” said Murilo.

Sesi-SP‘s coach, Giovane Gavio, also left the court satisfied with the goal reached, but has the same feeling as his captain: everyone has to be focused for the next match.

“We came for all or nothing. And achieved our goal. Now, we take this series to the Vila Leopoldina, to decide at home. It is a balanced match-up. There were two five-set matches, with very similar scores, the teams are playing great volleyball. We were very focused and had good service in this game” Giovane said.

Despite Canoas‘ defeat, Alexandre Bergamo was the top scorer of the match with a total of 21 points.