Brazil: Dentinho is the best player of the third round of the tournament

Dentinho, Vôlei Futuro (SP) was the best player in the third round of the tournament Super league men's volleyball 11/12. The good performance of the pointer in the victory over Londrian / Sercomtel (PR), with 3:0 in sets, the attacker won the first place in attack and defense, and the third place in reception. 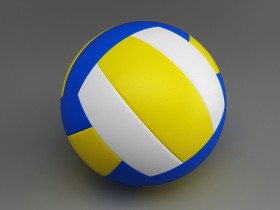 Another player of Vôlei Futuro also stood out. The libero Mário Jr. was the best in reception and was also placed the first among the players of their position.

In setting, Bruninho  of Cimed / SKY (SC), that defeated BMG / Montes Claros (MG) with
3:1was the best placed player.

Another team that stood out in respect of the best was the RJX, who won the Volta Redonda (RJ),with 3:0 in sets. The opposite Theo team from the team of Rio de Janeiro, was the best at blocking. His teammate, the center Lucão best round of looting.

In the six games of the round, the best scorer of the match was the opposite Filip, the Vivo / Minas (MG).The team of Minerians was defeated by Medley / Campinas (SP), with 3:2 in sets, the first one scored 26 points.

The best of the third round of the tourament

The BEST PLAYER – Dentinho (Vôlei Futuro) – the first in  attack, the first in defense and the third in receiving

OG M: Santos and Rezende for the...