Quarterfinals’ match Serbia – Brazil decided another spot for the semifinals on Friday when Brazil got their sixth victory at the Women’s U20 World Championship winning 3-0 (25-23, 25-20, 26 24). This and other volleyball news read on Worldofvolley.com. 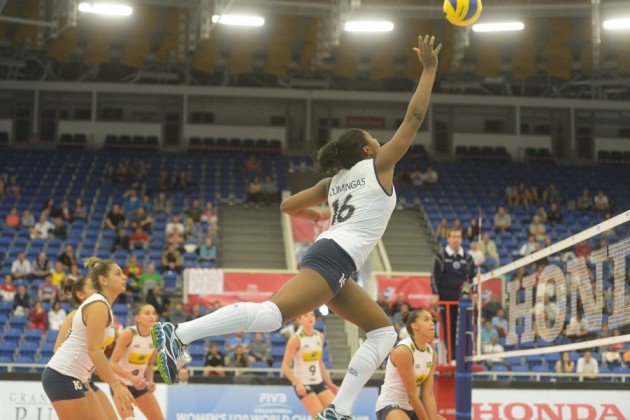 The first set started with a 0-4 lead from Brazil, than increased until 2-10 within minutes. Serbia slowly their reaction, almost succeeding with a 22-21 score marked by an ace by Jelena Trnic. That was not enough: the score was 24-22 when Trnic again canceled the first Brazilian match ball, but Sara Da Silva did not miss her chance. In the second set the teams were closed with a 11-11 score, but the again Brazil took the lead. This time was Dominga Soares Araujo called by setter Giovana Gasparini to shut the door in front of the Serbians (25-20).

A much more balanced third set saw the team of Ratko Pavlicevic fighting till the end. From a 17-all score, both team battled at the net for each point. Two blocks on Serbia Natasa Cikiriz gave the first match ball to Brazil, but Mina Popovic managed to score the 24-24. A serve out by Natasa Cikiriz offered the second match ball to Brazil. Tijana Boskovic, best scorer of her team with 19 points, had the heavy duty to spike the last ball of the match and it was out.