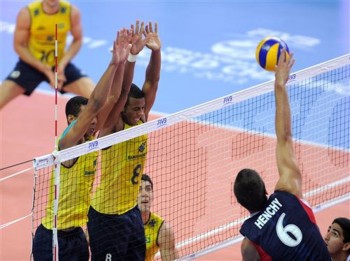 Souza with the tournament’s third best scoring performance so far, did everything in the game and not only coming as match best scorer but also emotional effect on his colleagues. He also had 5 dying blocks and 1 ace service in his tally.

USA’s opposite Benjamin Patch was his team best scorer with 19 points followed by Thomas Jaeschke 13 points.

See the WoV Community profile of Alan Souza and Brazil.