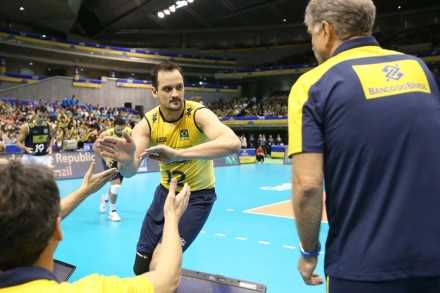 Brazil, ranked No. 1 in the world, just had too much power on offense and defense for the host nation. The Brazilians pounded spikes and drilled several wicked serves on the way to a comprehensive victory.

The match marked the sixth time the countries have played in the World Grand Champions Cup and 40th in all competitions. Brazil is 6-0 against Japan in the WGCC and 30-10 alltime.

Japan challenged Brazil in the second set, but could not muster enough force to overtake it. Brazil passed and received well throughout the match in a clinical performance. Japan displayed stretches of good play but there were too infrequent to make a difference.

GER W: That’s how they do it in Germany