BRA M: Bruno Rezende “Situation in Brazilian volleyball is not so good”

Before his road to Italy, Bruno Rezende has left on his facebook profile a message to all volleyball fans in Brazil. In the following article you can read Bruno's message. 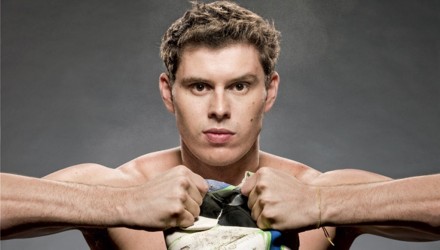 Good morning folks, before media reports, I’m here to inform you about everything!

The situation in the RJ Volleyball, as we all know, is not the best. I’ve already received an offer to leave, but I thought we could solve the problem. I hoped that the club would get other sponsors…

But, the current situation led me make the hardest decision of my career – to leave Brazil for some time.

I accepted the proposal to play the rest of the season in Modena, Italian city where I had played in 2011, and for which I had a great fondness.

The decision became inevitable as, in our short careers of athletes, we can’t give up our rights as professionals.

Of course I still believe in the Brazilian volleyball and it will always be my first choice to play at home. But, we should be worried about the general situation of sport in our country.

The problem of RJ Volleyball is not an isolated fact. Professional colleagues in other teams are going through similar problems and often even worse than ours in Rio de Janeiro.

We must appreciate the sport which has the most Olympic and world medals in Brazil.

It’s always good to recall that we’re two years away from the Olympics, which will be held right here in Brazil, in Rio de Janeiro.

Sorry for this, but I couldn’t stay silent on this situation.

I hope you understand my decision and know that in these past months there was no lack of commitment to resolve the problem.

I wish every success to my companions and members of the technical staff. And I appreciate the care that I received from the wonderful fans of RJ Volleyball throughout the time in which I had the honor to wear the shirt No1 of the club.