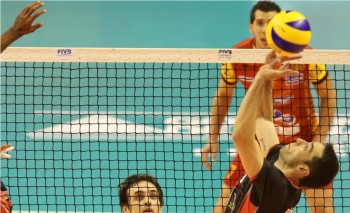 Club has agreed terms with setter Raphael Oliveira and opposite Fabricio Dias!

Raphael is returning to homeland after more than successful European campaign. He was part of the famous Trentino squad, while last season he played for HalkBank. He also participated at the last Club’s World Championship as a player of Al Rayyan and was voted as the best setter of the tournament.

Dias was the main attacking option in Moda/Maringa in the previous season. Before that he was a member of Sesi.