A famous Brazilian middle blocker is recovering from a surgery step by step. 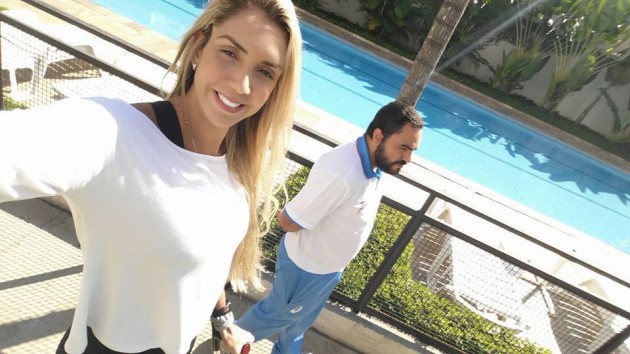 After going through first surgery in her career, Thaísa finally walks without assistance from anyone. The knees, operated just over two weeks ago, still have their limitations, but no longer bother the player like before.

Olympic twice champion celebrates being without pain after about four years of playing under anti-inflammatory drugs.

„I had a period of great pain when I was using very strong pain killers. Now I’m in the clouds, because I’m not in pain. I still have limitations, still feel trapped sometimes and can’t go up and down stairs normally. I’m relearning to walk… I’m happy to already be in a phase without pain so, the evolution of physiotherapy is really nice ,“ Thaísa said during the presentation of a new jersey of her team Molico/Nestlé Osasco.

Until she fully recovers, Thaísa is in touch with the national team’s head coach and with some players. She took the role of a cheerleader for the matches in the 2015 FIVB World Grand Prix having only one goal, to be ready for the 2016 Olympics in Rio.

WL: Shiipulin – “Somebody should take responsibility…”

Thaisa! No doubt, she is the best middle blocker of the whole world. Now, without pain, she’ll do greatest things! Brazil loves her.