OG M: Brazil beat battling Germany as both march on

Brazil completed the prelims of the men’s volleyball tournament at the London Olympics by downing Germany in three straight sets (25-21, 25-22, and 25-19). The result of this match was nevertheless not going to impact on the final standings of Pool B, with Brazil finishing anyway third and Germany fourth. Both coaches hence rested their starting players, with Brazil’s offense evenly distributed by setter Bruno Rezende while Björn Andrae and Jochen Schöps finished the match in double digits for Germany (with 14 and 12 points respectively). 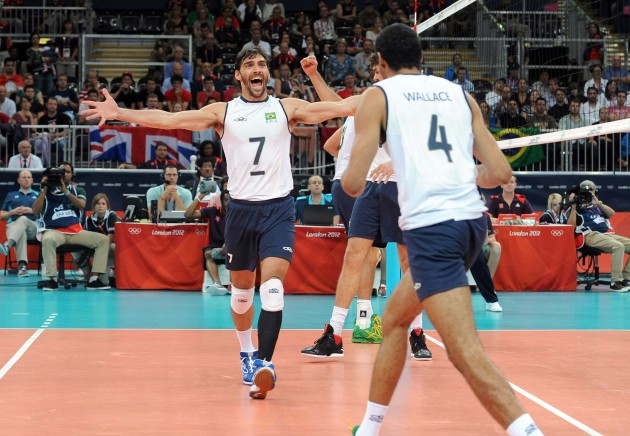 The same key spikers performed best in the third set, but Brazil’s did so a little better. Brilliantly coordinated by setter Bruno Rezende, they wrapped up a straight sets victory with a 25-19 set win.

Brazil finished third in the pool and, after the drawing of lots, were selected to play Argentina in the quarterfinal. Germany finish fourth and will play Bulgaria, who topped pool A.