Osasco have defeated Rexona in the Game 1 of the Brazilian Championship Semi-Finals! The squad from Sao Paolo therefore need just one more win to advance to the finals! 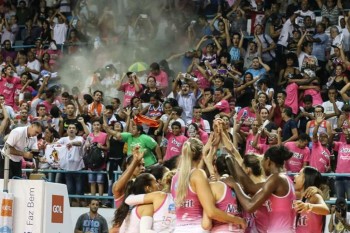 They have finally made it! After 7 consecutive defeats and after more than 2 years since their last win in the big derby, Osasco have finally beaten Rexona! Two biggest rivals in Brazil faced each other in Sao Paolo in the Game 1 of the Playoffs Semi-Finals and Osasco clinched a win after 5 thrilling sets. The top scorer of the game was Kenia Carcaces with 25 points.

Now, the semifinal series move to Rio De Janeiro. The Game 2 is scheduled for March 25, while if Rexona manage to tie the score then the Game 3 will be played on March 28, also in Rio.

In the second semifinal pair Praia Clube outplayed Minas after a tie break and took the lead in the series.

POL M: Falasca – “I cannot believe it! This rule is against the spirit of sport!”

RUS M: Ilinykh – “I will return to Russia for the next season”