Sada Cruzeiro will play in the Brazilian Championship Finals for the 6th consecutive time! 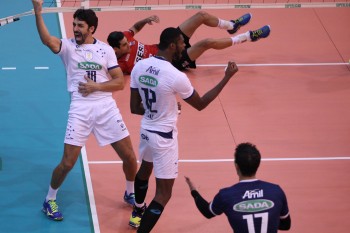 In the packed gym in Sao Paulo, Sesi have done everything to tie the score against their fierce rivals and to take this semifinal series to the Game 3… However, the hosts have failed to do that, despite a very good performance.

The reason was – Sada Cruziero were simply better once again, like in the previous two championship finals in which these two teams faced each other. The reigning champions have returned from 1-2 and triumphed after a tie-break! Therefore, Sada Cruzeiro will play in the Brazilian Championship Finals for the 6th consecutive time!

Wallace Souza scored 29 points for the winning team, while Yoandy Lela added 20. On the other side, Theo Lopes made 19 points for Sesi, while Murilo Endres collected 16.

In the other semifinal series the score between Funvic Taubate and Campinas is tied at 1-1! The third and decisive game will be played in Taubate.